We have a special guest this week on our new talk show, “Animal Farm: Conversations on Theater and Politics with Steven Leigh Morris and Guests:” playwright Neil LaBute. He is one of the most important and provocative playwrights in America today. We hope you enjoy Steven’s talk with him.

Also, we’re excited to continue our ongoing “City Garage Classics” series this weekend with a production from 1999, “The White Wedding” by Taduez Rozewizc. It was a special project for us because we had with us for its opening the eminent Polish critic and writer Jan Kott.

Here is what the critics had to say:

“A playful and erotic journey through the turn-of-the-century Polish countryside by one of Poland’s foremost modern playwrights. In this surreal fairy tale for adults, a young girl who is about to be married struggles with her sexuality while contending with her nymphomaniac sister, lecherous father, and repressed mother. Despite the mother’s best efforts, the prim Victorian society of her orderly bourgeois household is constantly overwhelmed by eruptions of pagan sexuality. Yet, typical of great Polish theatre, beneath the sunny surface, serious themes brood, posing troubling questions about the persistent split in Western culture between the body and the soul, the heart and the mind, sexuality and spirituality. Tadeusz Rozewicz enjoys an international reputation as one of Poland’s leading playwrights and poets, and has been described by The Guardian as “One of the modern masters of the century’s dark realities.”
Theatremania
Contains nudity

It will be showing on our City Garage YouTube channel from 8:00pm this Thursday, November 25, through noon on Friday, December 4th. 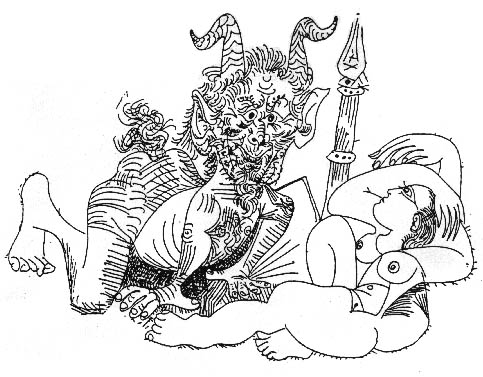