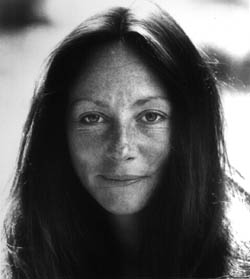 Frédérique was born in Paris and studied theatre at the Conservatoire. She has led the company as Artistic Director since its founding in 1987.

At the 2009 LA Weekly Theater Awards, she received (along with Charles Duncombe) the “Queen of the Angels Award” for “decades of directing and producing scintillating, politically charged theater that challenges audiences to reconsider their assumptions about the nature of politics and the nature of theater itself.” In 2011, City Garage received the Los Angeles Drama Critic’s Circle Award for Sustained Excellence in Theater. In 2012 she worked with Neal LaBute on a new, west coast version of Filthy Talk for Troubled Times.