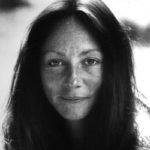 Frédérique was born in Paris and studied theatre at the Conservatoire. She has led the company as Artistic Director since its founding in 1987. She received a Dramalogue Award for her direction of Dissident. Her 1998 production of George Sand: An Erotic Odyssey in Seven Tableaux was nominated for four L.A. Weekly Theater Awards, including Best Director. She was nominated again for Best Director for MedeaText: Los Angeles/Despoiled Shore (2000). In 2005 she won the LA Weekly Award for Best Direction (one-act) for La Leçon. Her production of The Battle: ABC was nominated for Best Direction and received the 2006 LA Weekly Award for Best Ensemble. She once again won Best Direction (one-act) for Quartet at the 2008 LA Weekly Theater Awards and was also nominated for her direction of The Bald Soprano. At the 2009 LA Weekly Theater Awards, she received (along with Charles Duncombe) the “Queen of the Angels Award” for “decades of directing and producing scintillating, politically charged theater that challenges audiences to reconsider their assumptions about the nature of politics and the nature of theater itself.”  She, along with her partner Charles Duncombe, won the Best Translation Award for their version of The Marriage of Figaro. In 2011 her work with the company was recognized by its being awarded the “Margaret Hartford Award for Sustained Excellence” by the Los Angeles Drama Critic’s Circle. Her production of Sarah Kane’s 4.48 Psychosis was nominated for Revival Production of the Year by the LA Weekly. In 2012 she worked with Neal LaBute in a new, west coast version of Filthy Talk for Troubled Times. Projects at City Garage at Bergamot Station are world premieres of Charles Mee’s Orestes 3.0, Magda Romanska’s Opheliamachine, Charles Duncombe’s Caged, Stephen Leigh Morris’s Moskva, the LA premiere of When the Rain Stops Falling by Andrew Bovell, LaBute’s Break of Noon, Duncombe’s Bulgakov/Moliere, his adaptation of Heiner’s Muller Hamletmachine: The Arab Spring, Young Jean Lee’s Lear; Duncombe’s Othello/Desdemona; right left with heels by Sebastian Majewski, Phoebe Zeitgeist Returns to Earth by Charles Duncombe; Julia Jarcho’s Grimly Handsome; Charles Mee’s Adam & Evie; Jonas Hassan Khemeri’s Almost Equal To; Wake by Gordon Dahlquist and Moliere’s School For Wives; Eurdicye by Sarah Ruhl (2019) Department of Dreams by Jeton Neziraj (2019); Largo Desolato by Vaclav Havel (2020). Most recently she has directed O’Neill’s Hughie, Beckett’s Endgame, and Pinter’s The Birthday Party. 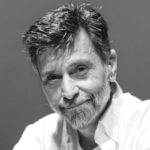 Charles is a writer, director and designer. He began his partnership with Frédérique Michel in 1985, and he has designed all of her work since then. He has won two Dramalogue awards for production design and in 1999 won the L.A. Weekly Theater Award for Best Lighting Design for George Sand: An Erotic Odyssey in Seven Tableaux (1998). He was nominated for two L.A. Weekly awards for MedeaText: Los Angeles/Despoiled Shore (2000): Best Adaptation, and Best Set. He was nominated again for two L.A. Weekly awards for Frederick of Prussia/GeorgeW’s Dream of Sleep (2001): Best Adaptation, and Production Design. His play Patriot Act won the Fratti/Newman Award for Political Playwriting in 2005 and opened in New York at the Castillo Theater as part of their 2008 season. He won the 2006 LA Weekly Theatre Award for Best Production Design for the entire Three by Mee season and was nominated again in 2007 for Production Design for Quartet. In 2009 he was nominated for Best Adaptation for The Mission (Accomplished). At the 2009 LA Weekly Theater Awards, he received (along with Frédérique Michel) the “Queen of the Angels Award” for their contributions to Los Angeles theater. In 2010 he was nominated for an LA Weekly Theater Award for his adaptation of The Trojan Women, and in 2011 for Best Production Design for Paradise Park. Along with Frédérique Michel, he won the 2011 Award for Best Translation for their version of The Marriage of Figaro. In 2011 he and Michel received the Los Angeles Drama Critic’s Circle Award for “Sustained Excellence in Theatre.” His recent plays at City Garage are Caged (2013), Bulgakov/Moliere (2014), Timepiece (2015), Othello/Desdemona (2016), and Phoebe Zeitgeist Returns To Earth (2016). His adaptation of Müller, Hamletmachine: The Arab Spring, was nominated by Stage Raw for Best Adaptation. He received a Production Design nomination in 2017 for right left with heels. 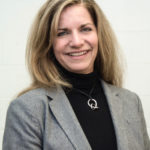 Lisa Gray (President of the Board, Chair)

Lisa is the Principal of Rooftop Consulting, providing program management, business development and strategic planning support. She earned a Master of Science degree in Systems Management from the University of Southern California and a Bachelor of Science degree in Management Science and Computer Systems from Oklahoma State University.  She was previously a Senior Program Manager for Harris IT Services and the director of Air Force Programs, Southwest Region for Unisys Federal Systems. She also held positions as the J-Tech program manager for Unisys and the chief information officer of JT3 LLC.  In addition to her support for City Garage, she was Chairwoman, Board of Directors of the Flight Test Historical Foundation and is a Friend of the LA County Museum of Art and a Champion of KCRW.  She has been married to Bill Gray for 35 years and they have two grown children. Lisa and Bill ride tandem bicycles, consider themselves “foodies” and enjoy travel around the world. 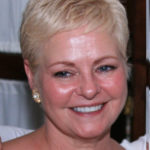 Holly Dunnigan (Vice-President of the Board)

Holly  worked with The Walt Disney Company and participated in the opening of World Showcase, EPCOT Center and Tokyo Disneyland. She began a career in property management while working at Tokyo Disneyland with the corporate relocation department. After relocating to Southern California, she worked in commercial property management with the DNA Group – a design, build, management group (now defunct) in Pasadena, California – that was active in the revitalization of Old Towne Pasadena and the St. Luke Medical Campus in Eaton Canyon, Pasadena. Dunnigan transitioned into residential property management and multi-family housing in the early 1990s and managed and re-positioned residential properties for Douglas Emmett, Inc., Legacy Partners Residential, Inc. and Fairfield Residential Company. She retired from property management in 2009. She began attending City Garage Theatre in 2005, became a supporting member in 2010 and became a member of the Board of Directors in 2018. 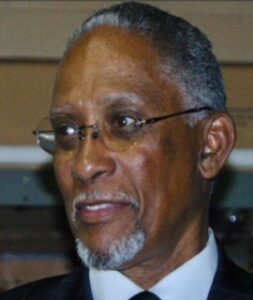 Chester A. Graine III (Board member)

Chester was an Accountant for over 40 years specializing in National and International Taxes, receiving an ‘Outstanding Minority Achievement Award’, and he has been a Flight Attendent for United Airlines where he received the ‘Team Inspiration’ & ‘Spirit Award’.  Graine is currently a National and California State EMT (Emergency Medical Technician) and teaches EMT Skills at El Camino College in Torrance California. He also is a Special Events Medic at Disneyland. Graine, is the Co-Developer and Producer of Playhouse Theatre Players aka “SLG Productions” an Edu-tainment Theatre Group…Where he also co-stars in three of their productions and is the sound designer for the company. 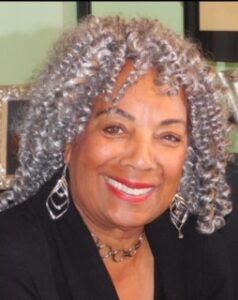 Ms. Sharon L. Graine (Writer/Director) began her career as a model/actress and went on to become a Radio Personality, Independent Producer/Director and a Publisher. She’s also written for a number of Newspapers & Magazines. Ms. Graine was selected as a recipient of the “Advocate for Humanities Award” from the National Coalition of 100 Black Women, and received a nomination for Best Director of a Musical for her play “WHEN DIVAs WERE DIVAs” by the Beverly Hills/Hollywood NAACP Theatre Awards and the play was also performed abroad in Edinburgh, Scotland for the ‘Theatre Festival’. Other of Ms. Graine’s originals works, “Dorothy & Otto, The Dorothy Dandridge Affair” received five nominations and “My Name Is Eartha But You May Call Me Miss Kitty”, received three Image Award Nominations. Among her many credits…She Produced/Directed many independent productions at the Coconut Grove…Was Executive Produced & Directored “BROADWAY IN LA”, performed by ‘Tony Award’ winning Broadway performers. She also received the “Woman of the Year Award” by Women In Theatre as well as other numerous awards. Ms. Graine and her husband owned a Theatre in downtown Los Angeles inside the Brewery Art Colony for seven years. 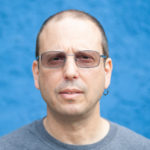 Samuel is a principal at 1969 Communications, a Los Angeles-based technology firm specializing in web applications, back-end / legacy integration, and embedded systems. Before coming to 1969, Goldstein served as Vice President of Technology at Magnet Interactive in Los Angeles, Director of Engineering at COW, and Lead of the Programming Department at BoxTop Interactive.  Prior to focusing on Internet technology, Goldstein worked as a member of the technical staff at The Aerospace Corporation. He holds a Bachelor of Arts in Physics from Pomona College in Claremont, California and a Master of Science in Computer Engineering from the University of Southern California. He dabbles in writing and various visual arts. 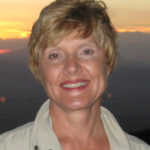 Mary has lived in Ocean Park since 1997. She is a retired AT&T executive with over 20 years experience in sales and marketing to multinational corporations.  She has a MBA from USC and serves as an occasional mentor to current graduate students.  Mary has been active in the Ocean Park community, successfully pressing for needed changes to large projects in her neighborhood and others, which would have had significant and negative impacts on the mass, density, scale and character of our historic neighborhoods.

Mary served as co-chair of the Bergamot Advisory Committee, a 2015-2016 City Council appointed group of residents and businesses charged with making recommendations for how best to preserve Bergamot Art Center and enhance its arts reputation in the decades to come.

She serves as Vice Chair of the Clean Beaches and Ocean Parcel Tax Oversight Board and continues involvement with the Neighborhood Council Advisory Committee working with the Director of City Planning and his staff on neighborhood and citywide issues.

Mary has remained active in the community by joining the Board of Directors of the Ocean Park Association, serving as OPA president in 2009 and 2010, organizing Santa Monica’s successful 4th of July parade, launching the Santa Monica Transparency Project to monitor campaign finance disclosures in our local elections and ensure compliance with the anti-corruption law known as Oaks. 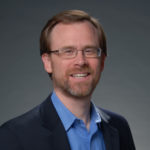 Paul has worked in nonprofit fundraising for nearly 20 years. He began his career as a staff person at City Garage, where he helped obtain some of the company’s first public arts funding from Los Angeles County and implemented fundamental development strategies. Since 2007, he has led fundraising and communications efforts at St. Joseph Center, one of LA County’s leading providers of social services for low-income and homeless families and individuals. As St. Joseph Center’s Vice President of Development and Communications, Rubenstein manages private fundraising efforts and the pursuit of public funding sources, oversees in-kind donations and volunteer services, and directs multichannel communications efforts.