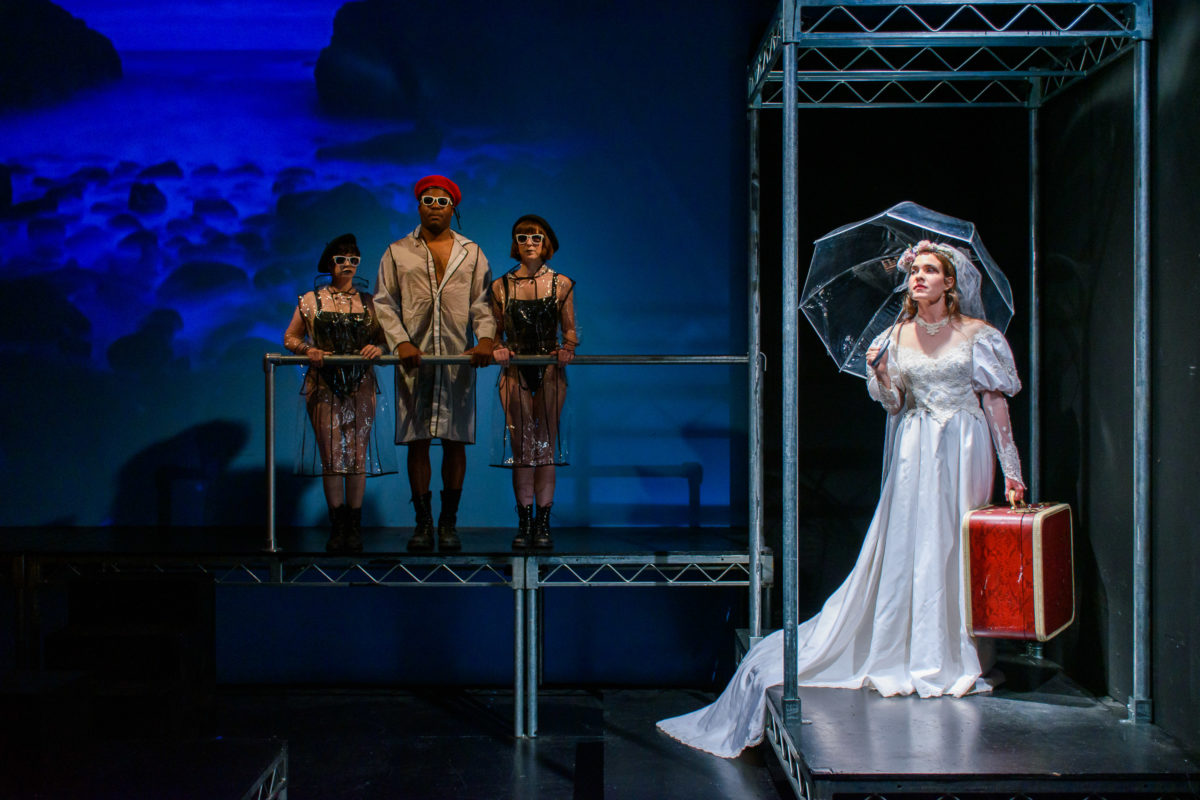 Pulitzer-prize nominee Sarah Ruhl stands the Orpheus myth on its head and retells it from Eurydice’s point of view. Comic, tragic, silly and poetic in turns, this inventive play follows Eurydice as she does her best to adapt to life in the underworld.

There will be a reading of “Macbett” by Ionesco on Sunday, August 25 at 6:00pm.
Directed by Ann Bronston. Free.

Pulitzer-prize nominee Sarah Ruhl stands the Orpheus myth on its head and retells it from Eurydice’s point of view. Comic, tragic, silly and poetic in turns, this inventive play follows Eurydice as she does her best to adapt to life in the underworld.

Abandoned by her self-absorbed poet-lover, she rides elevators, has long conversations with stones, defends herself against suspicious men, and finds comfort in the companionship of the ghost of her dead father, though, to his sorrow, she cannot remember who he is. She struggles to recall what it was to be alive and who she was. At last, her easily distracted lover arrives to deliver her. Or will he?

“There’s a sort of beautiful simplicity to the production which makes it feel like a story of a couple who just happen to be dealing with the underworld. Rather than epic, it feels oddly, awkwardly human. It’s a Greek myth scaled down to human proportions. Instead of an all too perfect tragic love story between an untouchable young couple, it becomes the story of a woman who has a creepy guy hit on her on her wedding day. It’s simple, it’s quiet, it’s deeply personal. While this “Eurydice” sidesteps the grand gestures what it gains is simpler story of a woman who’s facing a hostile world with a husband who’s distracted, a man who keeps harassing her, and a world filled with rules to keep her life small. City Garage’s take…lets you hear the play and taps into a vein that feels honest and a bit raw.” — Anthony Byrnes, “Opening The Curtain” KCRW

“What Ruhl does, and this wonderful cast does under the direction of Frederique Michel, is focus not upon Orpheus but what this story means from Eurydice’s point of view….Words alone by a playwright rarely haunt or move. They are meant to be acted out, and this cast captures the eerie and quietly human voyage of these characters. City Garage can and often does perform outrageously stylized works. They do these so very well. But my favorites have always been when the simple life of the characters shine through, the decisions and consequences and experience of what is happening. Eurydice counts as one of my favorites from this company, because even a Stone, even a God, still seem somehow human. The humans meanwhile make me ache for them. Especially the title character, due in larger part to the actor who portrays her.” — David MacDowell Blue, Night Tinted Glasses

“Director Frederique Michel, designer Charles A. Duncombe, and videographer Anthony Sannazzaro—and of course the gifted cast—work considerable stage magic with Ruhl’s slight, whimsical, but (at times) charming play. I came away feeling glad I had seen it.” Will Manus, Total Theatre

“Eurydice is a whimsical, often thoughtful exploration of memory as life and loss of memory as death. There’s much more than a tragic love story here. Ruhl’s combination of Becket and Alice in Wonderland leaves a stream of thoughts trickling through your brain long after the flood of images has subsided.”
-Oakland Tribune