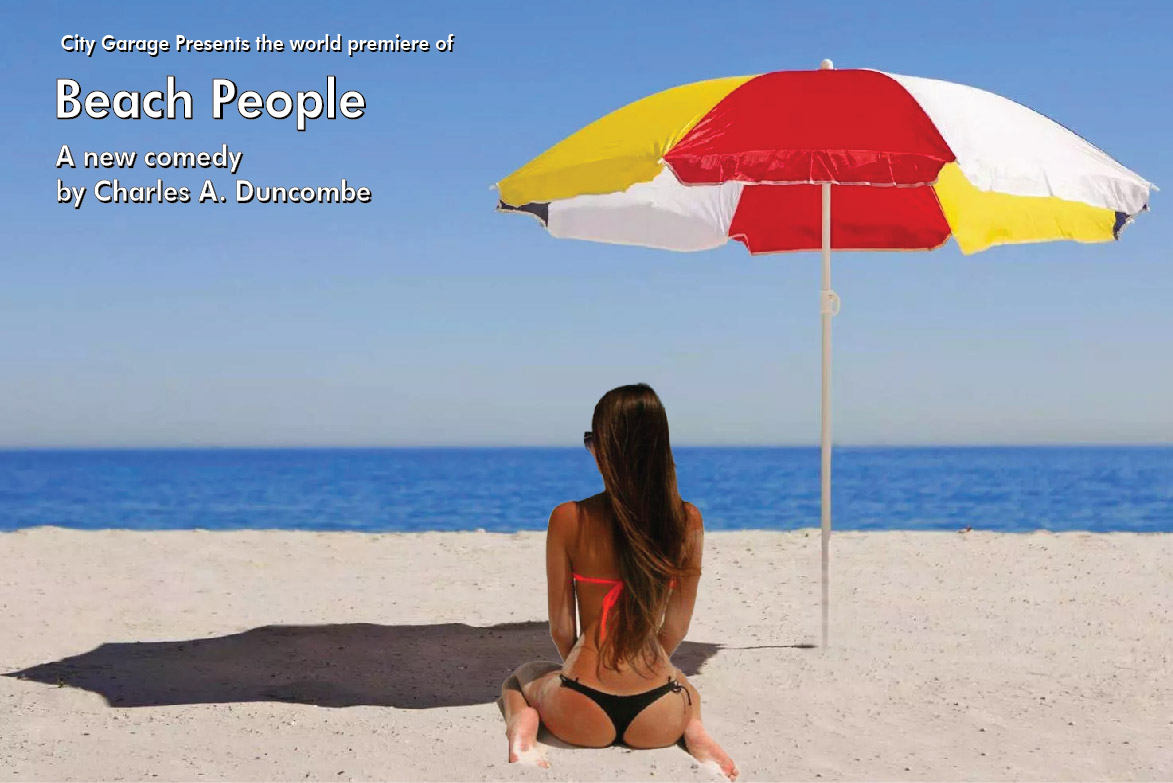 Join us at the beach for sun and fun with our sexy cast for the final weekend of “Beach People.” It’s been a hit with both audiences and critics. Don’t miss your last chance to see it before it leaves the stage.

“Michel’s staging balances the humor and pathos with equal panache and her cast does not equivocate. Beyer and Thompson hold our sympathy as the angst-ridden couple, and they deliver Duncombe’s machine-gun dialogue with skill and flamboyance.”
— Stage Raw

“Who ever heard of an existentialist rom com?….This is a fun idea. More though, it is a funny show….both broad and subtle….Genuinely delightful as well as silly (and painfully true).”
— The World Through Night Tinted Glasses

“A fast paced comical drama…leaning toward a lot of life’s questions that hold no answers. And that’s the best part!”
— Accessibly Live Off-Line

“Where is happiness found if not on a beach? It is that irony that is the center-piece to the theatrical excitement and excellently florid script of Beach People….which sings in the laughable absurdity of being inundated in such a technologically complex world whereby no one has any idea of how any of it all works.”
— Joseph Hazani, A Dilettante

If you haven’t got your tickets yet, get them today!

Reservations at TicketLeap
Proof of vaccination and masks required.

City Garage Underground: Final two shows of “Somebody Somewhere” by Anthony Sannazzaro
And don’t miss the last two performances of “Somebody Somewhere,” the first in our new City Garage Underground series. Written and directed Anthony Sannazzaro, the piece centers on a young man reliving the defining moments of his life and a man and woman dealing with the grief of loss. Last two shows this Wednesday and Thursday, September 7th and 8th . Here is a link for tickets: 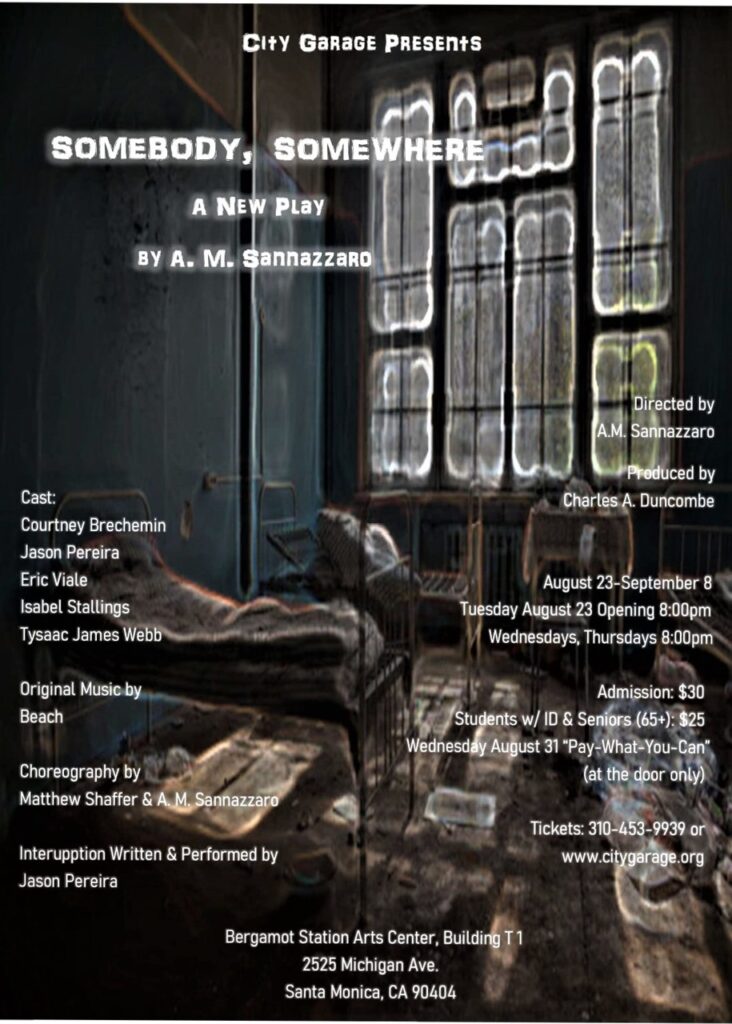 Proof of vaccination and masks required for all performances at City Garage.

Merci, and see you soon at City Garage! 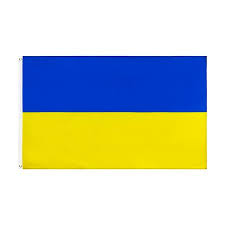