Much of our life is spent coupling, uncoupling, or recoupling. We’re obsessed by love and sex: how to get it, how to keep it, or how to get out of it and try again. In this new work, multiple-award-winning visionary playwright and poet Charles L. Mee looks at love from Adam and Eve to our own rapidly changing times where the possibilities of thwarting yourself in love expand with every new boundary we cross.

In Adam and Evie Mee joyously celebrates our unruly, childish, wise, heartbreaking, romantic, and lustful longings in gorgeous language, startling images, and the comic mishaps of dozens of lovers who bounce off each other in gradually more complex interactions resulting in a final, glorious paean to the thrill and ache of love. 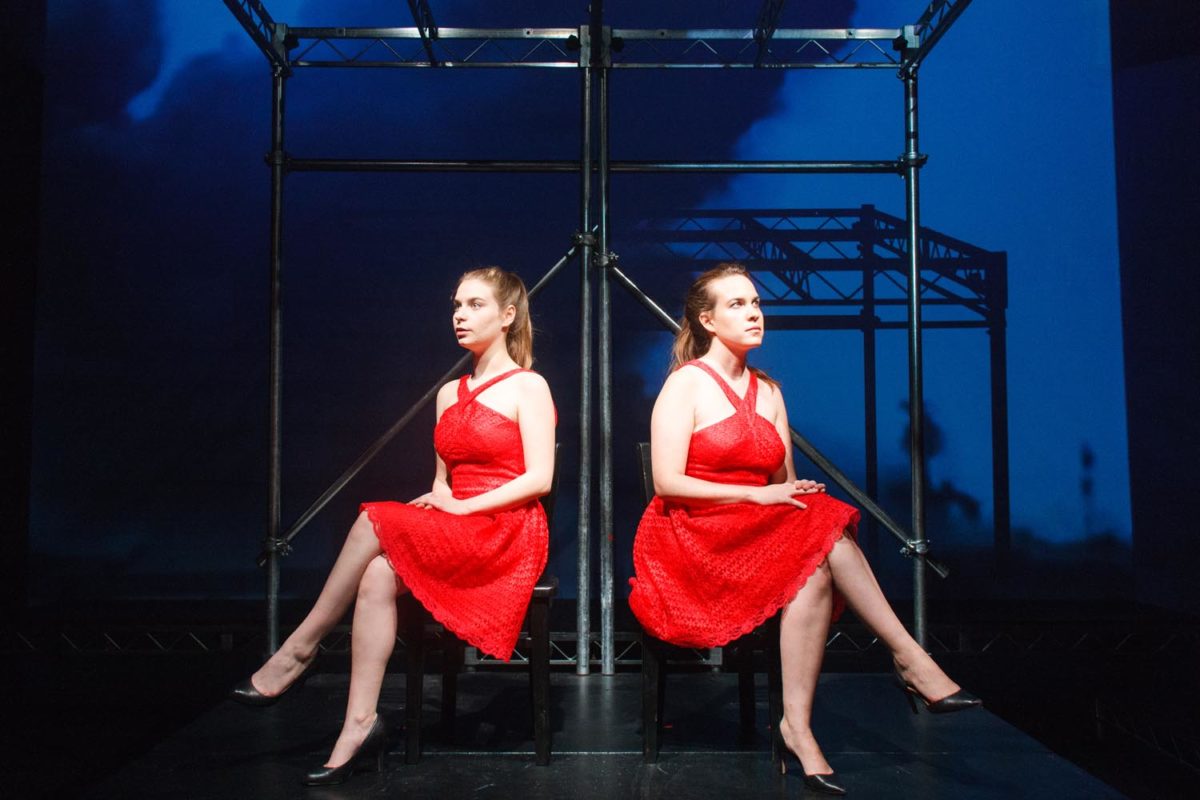 “Director/choreographer Michel and designer Charles A. Duncombe have created a marvelous evening of theater.”

right left with heels recounts the story of the Holocaust and post-war Poland from the ironic perspective of a pair of high heel shoes that once belonged to Magda Goebbels, wife of Nazi Germany’s Minister of Propaganda. The shoes, who may have inherited her racist point of view, tell their own story: from their manufacture in Auschwitz to their tragic end on the feet of a transvestite murdered by contemporary Polish “patriots.” Magda Goebbel’s wandering shoes provide a poignant and provocative insight into individual guilt and wickedness, and addresses accountability in the face of history from the end of WW II to today’s frightening rise of the new right.

Fourth Weekend Q&A July 31:
There will be a discussion with the cast and creative staff Sunday, July 31 after the 3:00pm performance. Don’t miss it!

…Director/choreographer Michel and designer Charles A. Duncombe have created a marvelous evening of theater. Their style is a distinctive, individual form of dance-theater, using a movement vocabulary that, in the present case, communicates immediately with gestures sometimes like seductive cabaret performance, always with a sense of the pair operating like a single organism — or like female acolytes in a wicked ritual. Those familiar with past productions will recognize common elements of design (hues of red and black in the costumes, vivid graphics as a backdrop) —the elaboration of a singular theater-language…